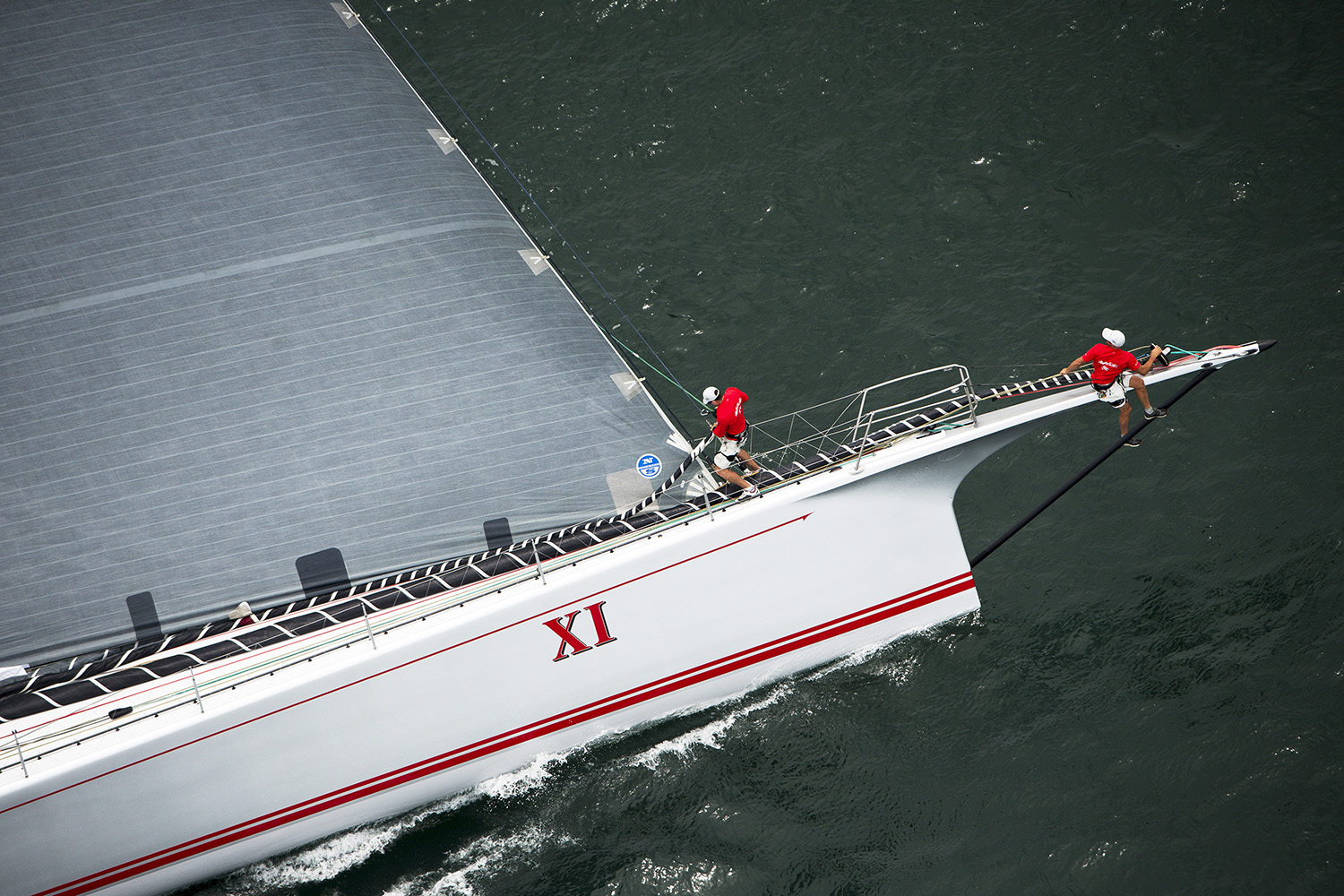 Any thoughts of a post-Christmas sleigh ride for the supermaxi yachts contesting the Rolex Sydney Hobart race are decreasing as the Boxing Day start time approaches.

A preliminary weather prognosis from acclaimed yachting meteorologist, Roger Badham, indicates that while the fleet of 109 will initially make a fast run south from Sydney, their progress will be slowed dramatically when a cold and powerful southerly change confronts them within hours of the start.

It is then likely that the winds will be “on the nose” – from the south – well into the next day.

Badham’s current forecast predicts that a strong southerly change averaging around 30 knots will hit the fleet during the afternoon on Boxing Day and persist – though getting lighter – through until the big boats exit Bass Strait the following day. There is also a possibility conditions will be influenced by a tropical cyclone which is expected to form over Gulf of Carpentaria waters on Dec 23.

“We’ll take what comes with the weather,” Richards said, “but we certainly won’t mind going upwind against our opposition. All the numbers are telling us Wild Oats XI is now faster both upwind and down, so we’ll look forward to being alongside the likes of Comanche, Perpetual Loyal, Ragamuffin and Rambler 88 to see how we go. That will be our first real test, and I’m confident we will acquit ourselves well.”

The 30-metre long Wild Oats XI, owned by Bob and Sandy Oatley, has just been relaunched following dramatic modifications where the 30-metre long hull was virtually cut in half and a new, 14-metre long, forward section added.

Wild Oats XI, which is recognised as the most successful yacht in the 71-year history of the Rolex Sydney Hobart Race, will have her final pre-race trial off Sydney tomorrow. She is due to be lifted from the water on Tuesday for a final rub-down, polish and equipment check in preparation for the 628 nautical mile classic, which starts at 1pm on Sydney Harbour on Boxing Day.

While Wild Oats XI remains one of the favourites for line honours her chances of taking the double of line and handicap honours for a record third time seem remote. Badham’s current weather prognosis suggests that conditions will favour the smaller yachts in the race to be first on handicap.

Supermaxi takes to the water minus her bow

Supermaxi takes to the water minus her bow