The supermaxi yacht Wild Oats XI, owned by the Oatley family, is one of the fastest and most technologically advanced ocean racing yachts in the world. Her record in Australia¹s international offshore classic, the Rolex Sydney Hobart Race, is evidence of that.

This sleek, 30-metre (100ft) long ocean racing thoroughbred is undisputedly the most successful yacht in the 75-year history of the arduous event. Her helmsman, Mark Richards, is recognised as the race¹s most successful skipper.

Wild Oats XI¹s success went further in the most recent Hobart race when she claimed a record-breaking ninth win. Her line honours achievement in 2014 saw her beat the previous record of seven line honours which was achieved by Morna (later renamed Kurrewa IV) over 14 years ¬ between 1946 and 1960. Wild Oats XI claimed her eight line honours in just ten years.

Wild Oats XI was launched only a matter of days before her first Rolex Sydney Hobart race in 2005, yet she proved to be so fast that she blasted her way to a rare triple crown line honours, a race record time and victory on handicap. Her time for the 628 nautical mile course was 1 day, 18 hours, 40 minutes, and 10 seconds.

When launched, Wild Oats XI¹s ground-breaking design and construction included a radical and technically brilliant canting keel, a feature Bob Oatley pioneered into this form of ocean yacht racing. A canting keel means the keel is hinged on the underside of the yacht¹s amazing carbon fibre hull and controlled by a huge hydraulic ram so it can swing from one side to the other and increase stability. The hydraulic mechanism is so powerful it can lift a jumbo jet off the ground. It is manufactured using aviation grade steel.

With the 12-tonne, torpedo-shaped lead ballast bulb moved 40 degrees out to windward, Wild Oats XI enjoys an exceptional power-to-weight advantage over a conventional design. If she had a non-canting keel, Wild Oats XI would require an additional five tonnes in ballast to achieve the same level of stability. In that configuration she would be 20 percent heavier, and considerably slower.

In the 2014 edition of the Hobart race, which started on December 26, Wild Oats XI again won through with the aid of the latest technology: she was the first international ocean racing yacht to carry a hydrofoil-type wing, a feature designed to provide lift to her bow, and therefore deliver greater speed when sailing downwind. This was pioneered successfully in 2013, and proved once again to give her an advantage over the fleet in the 2014 edition of the race.

Wild Oats XI has rewritten the record books for the Rolex Sydney Hobart on a number of occasions. Apart from being first to finish on nine occasions, she was also the first yacht ever to take four back to back straight line honours.

In 2009, after she was lengthened to 100ft, the supermaxi surrendered her line honours crown to the almost identical Alfa Romeo, but returned to her winning ways the following year.

In the 2012 Rolex Sydney Hobart race Wild Oats XI again took the triple-crown line and handicap honours and a race record time. That elapsed time was 16 minutes, 58 seconds inside her previous mark.

In 2015 her stern was shortened by 2m and her 12m forward sections were replaced by a 14m longer, sleeker bow, keeping her midship sections unmodified and in effect moving her entire existing sailplan aft by 2m. 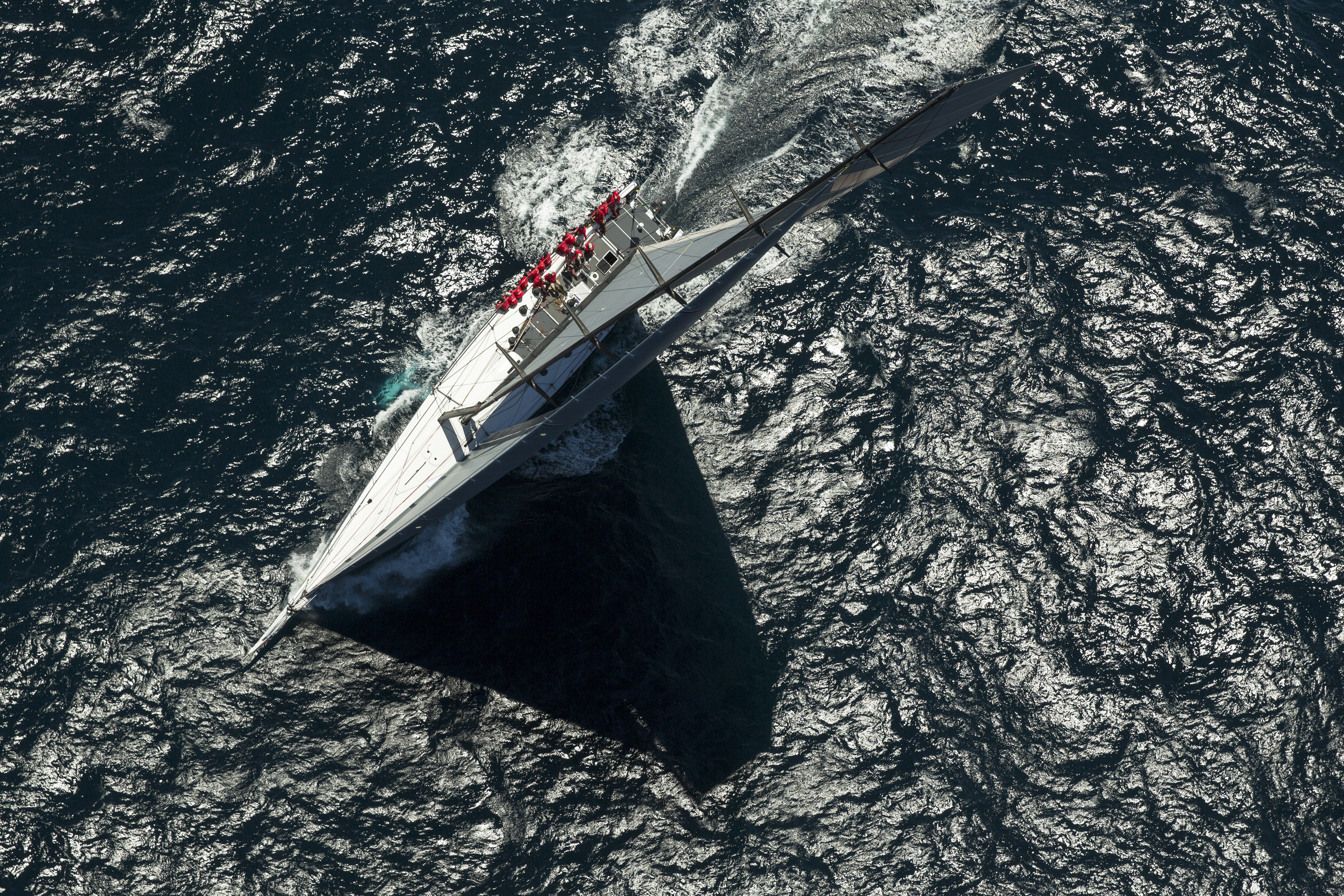 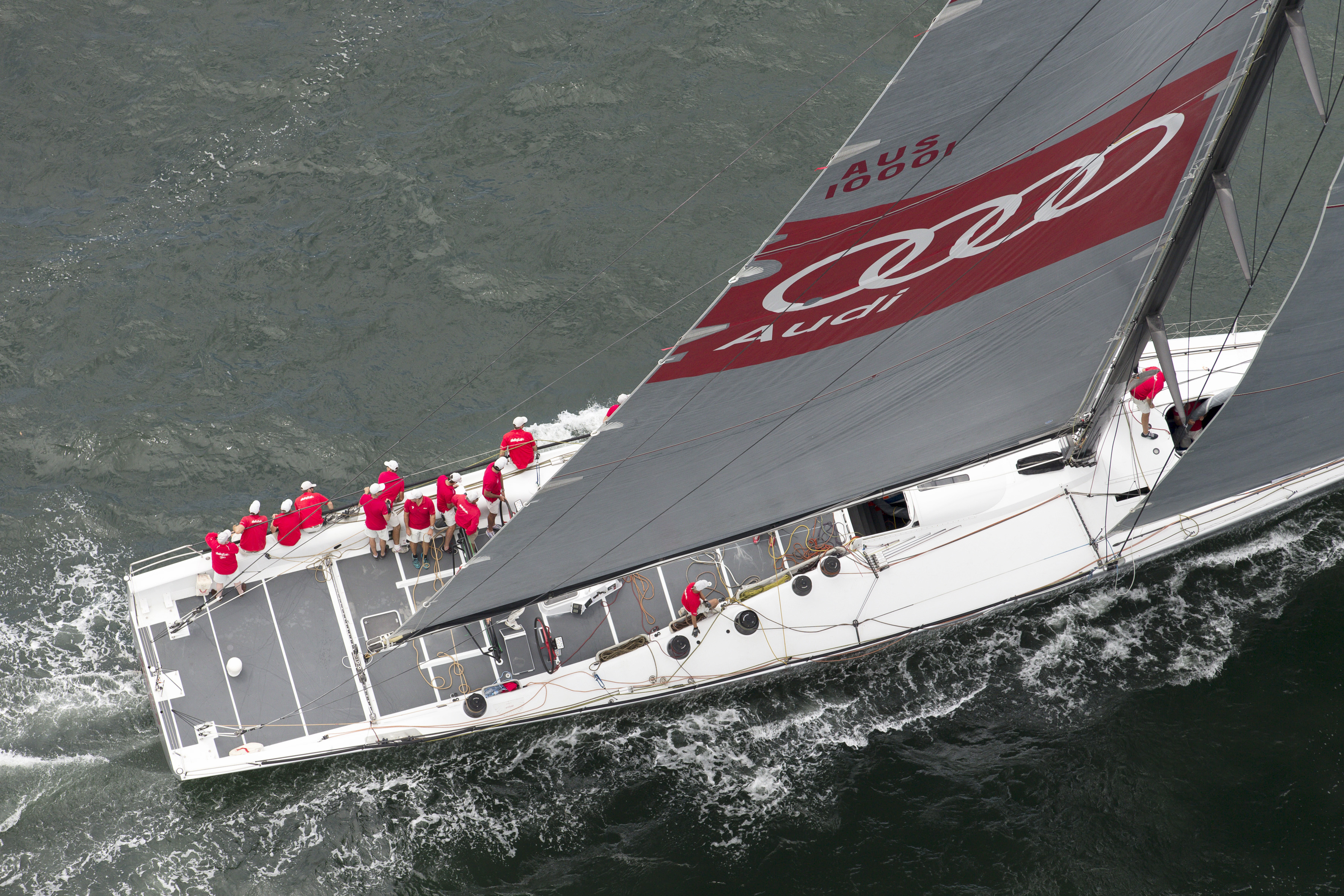