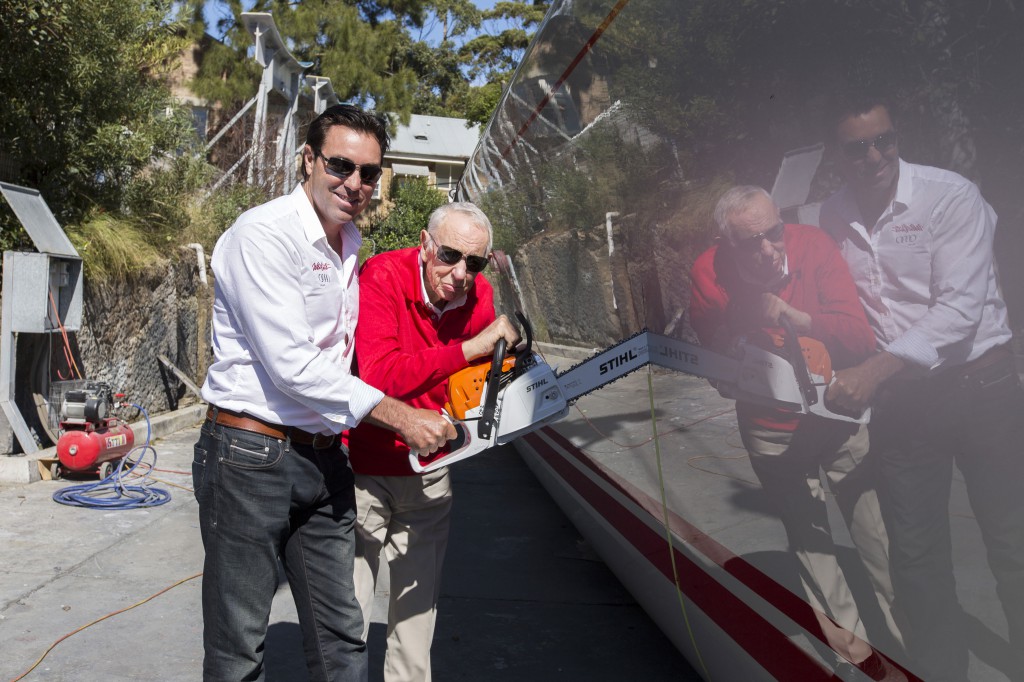 The sleek, silver-hulled beauty literally got the chop today at the hands of Bob Oatley and skipper Mark Richards.

Armed with a high-revving chainsaw, the pair took to the carbon fibre hull just forward of the mast, and by the time the job was finished one hour later, 10-metres of Wild Oats XI’s bow had been lopped off.

It was the first stage of a three month program that will see the yacht back to being 30-metres long, but with a completely different profile: all part of a plan to bring a new lease of life to the record-breaking, 10-year-old yacht and make her more competitive against more recent supermaxi designs.

In a few days the hull will be shortened even more when an additional two metres is cut from the stern.

“This is exciting” Richards said when sharing the first chainsaw cut with Bob Oatley. “I wasn’t sure how I’d feel about it when we started, but this is the future for the old girl. She will be an even better yacht when we have finished. The more we cut the better I felt.”

However, legendary Australian Olympic gold-medal winning sailing coach, Victor Kovalenko, did say that watching the beautiful yacht being carved up was “painful”, then added that the pain would be forgotten once Wild Oats XI was sailing again.

The next part of the schedule for Wild Oats XI will see her trucked to the McConaghy’s boat building facility on Sydney’s northern beaches. Once there a new transom will be fitted where the stern has been cut off. Simultaneously, shipwrights will fit a completely new bow to the yacht – two metres longer than what was cut off today – so that she returns to the same overall length.

Much of the design work for the new-look Wild Oats XI has been done by the original designers, Reichel-Pugh, based in California, USA. By extending the bow forward the yacht will have considerably more buoyancy, a feature which all design testing indicates will make her considerably faster. She will also be lighter.

Wild Oats XI is recognised as the most successful yacht to have contested the Rolex Sydney Hobart Race over its 70-year history, and Mark Richards the most successful skipper. Since being launched in 2005 the supermaxi has secured an unprecedented eight line honours. She is also the only yacht to claim the triple-crown – line and handicap honours and a race record time – on two occasions … and take four consecutive line honours.

The new-look Wild Oats XI is scheduled to be sailing again in November. 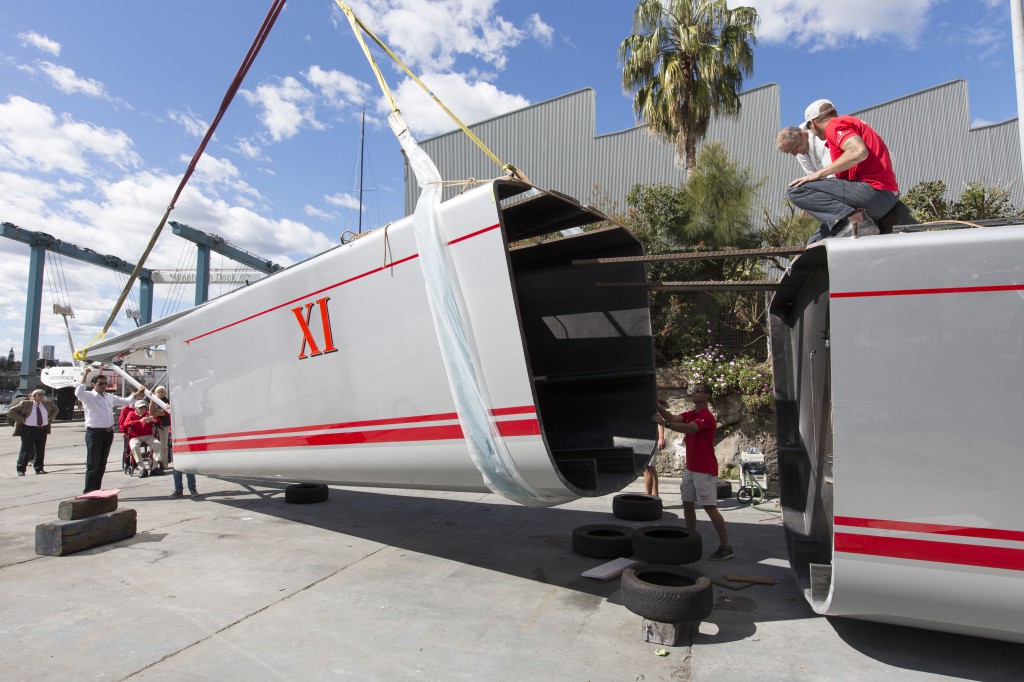 There she goes! A 10-metre section of the bow of supermaxi Wild Oats XI is removed so the yacht can be remodelled for this year’s Rolex Sydney Hobart race. 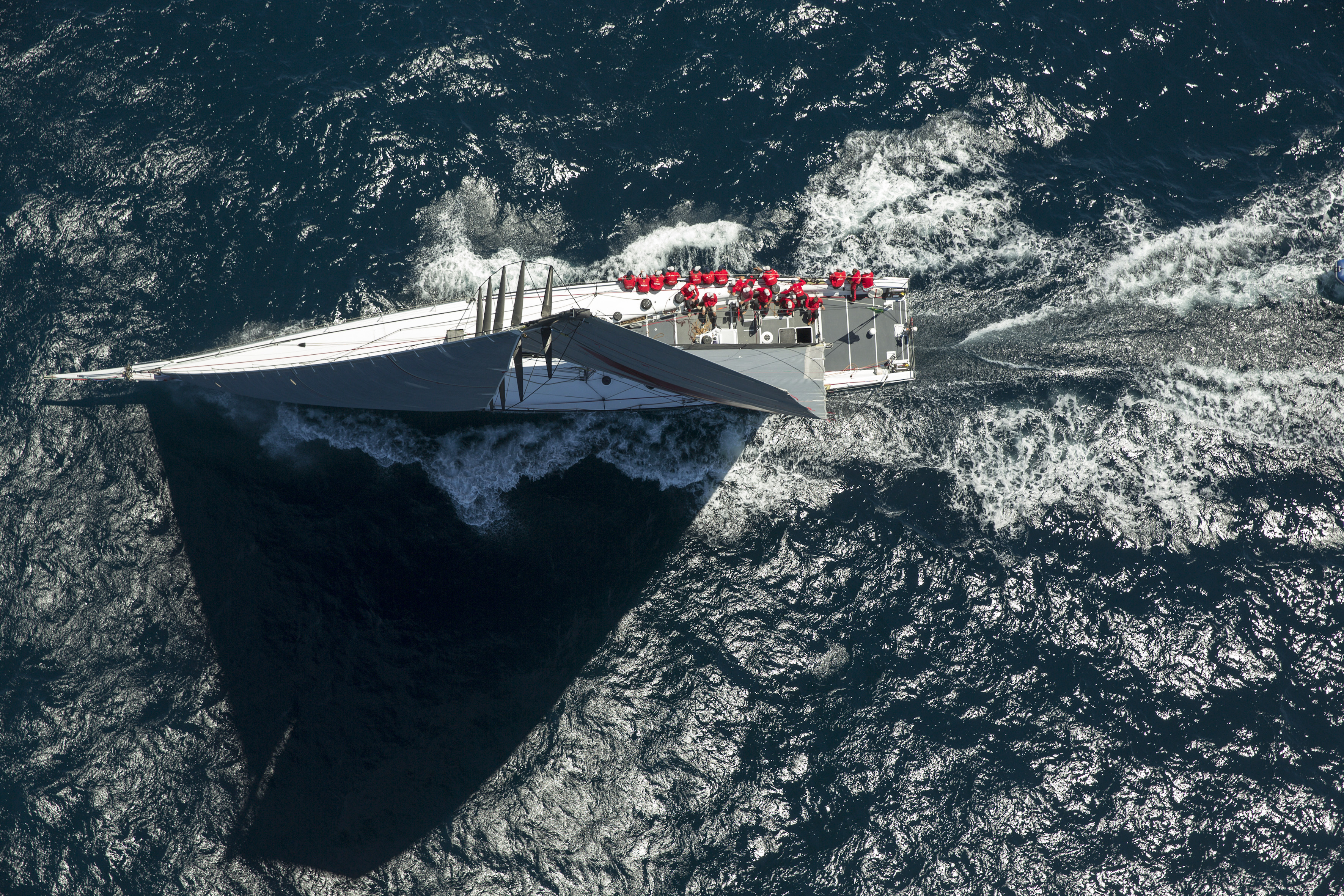