ONLY A “SYDNEY TO HOBART” RACE TO GO 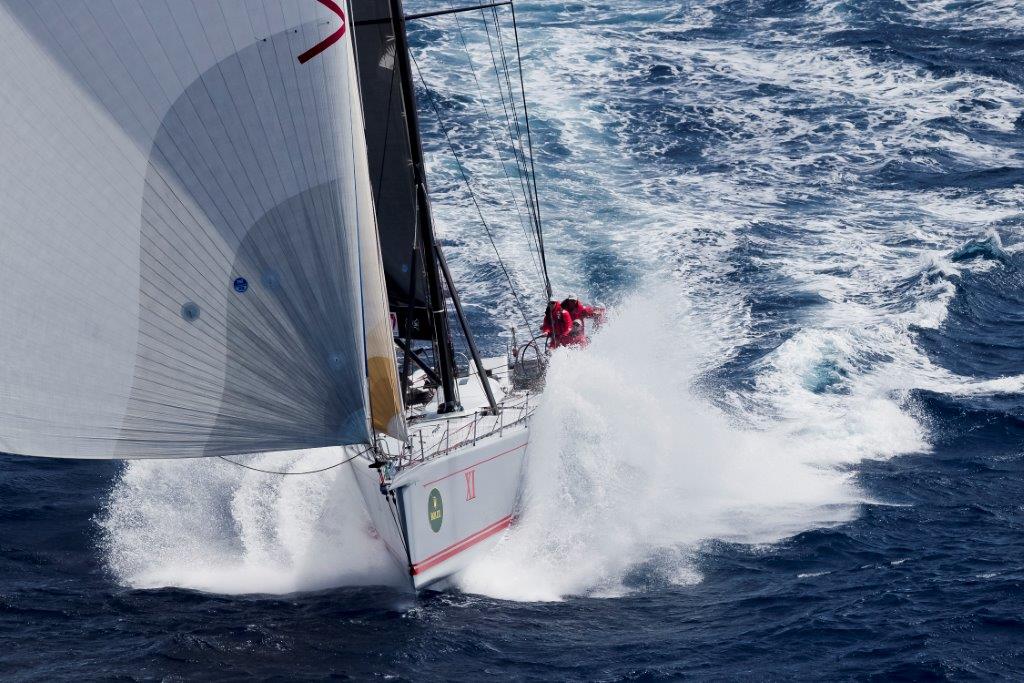 Wild Oats XI in full flight. The crew was hoping for conditions like this in the Transpac 2015 – but the true tradewinds avoided them for much of the way (Credit: Rolex/Carlo Borlenghi)

He was referring to the distance remaining to the finish in the 2225 nautical mile Transpac race from Los Angeles to Hawaii; the 630 nautical mile Sydney Hobart race being the event where he had steered Wild Oats XI to line honours on eight occasions in the past decade.

Richards and his cosmopolitan 16-man crew comprising Australians, Americans and two New Zealanders, had to accept days ago they had no chance of beating the record time for the Transpac. That opportunity evaporated when the strong tradewinds, which are usually a feature of this downwind race, failed to appear on cue.

However, it was becoming increasingly likely late today that Wild Oats XI would still secure fastest time for the course this year.

Her arch rivals among the big boats, Ragamuffin (sailed by Australia’s Syd Fischer), and RIO100 (Manouch Moshayedi, USA), were 50 and 110 nautical miles respectively astern. Wild Oats XI is entered in the Transpac under a co-charter arrangement between Roy P. Disney, and the yacht’s Australian owner, Bob Oatley AO.

The yacht most likely to be first across the finish line off Diamond Head was the 37ft Celerity (Harry Zanville, USA). This is because the race features a staggered start over five days. Celerity was in the first group to depart Los Angeles while Wild Oats XI and the other larger yachts in the fleet, set sail five days later.

“Considering the conditions we have experienced we will be happy with fastest time,” said Richards, “but we have to stay on our toes. This race is a long way from over.

“The great thing for me is that this crew, which has never sailed together as a team before, has been awesome. They’ve sailed their hardest around the clock.”

Asked if he would consider skippering Wild Oats XI in another Transpac, Richards said without hesitation, “I’m not sure. It’s a great race, but it’s a bloody long way.”