By wildoats November 22, 2017 Uncategorised No Comments
1 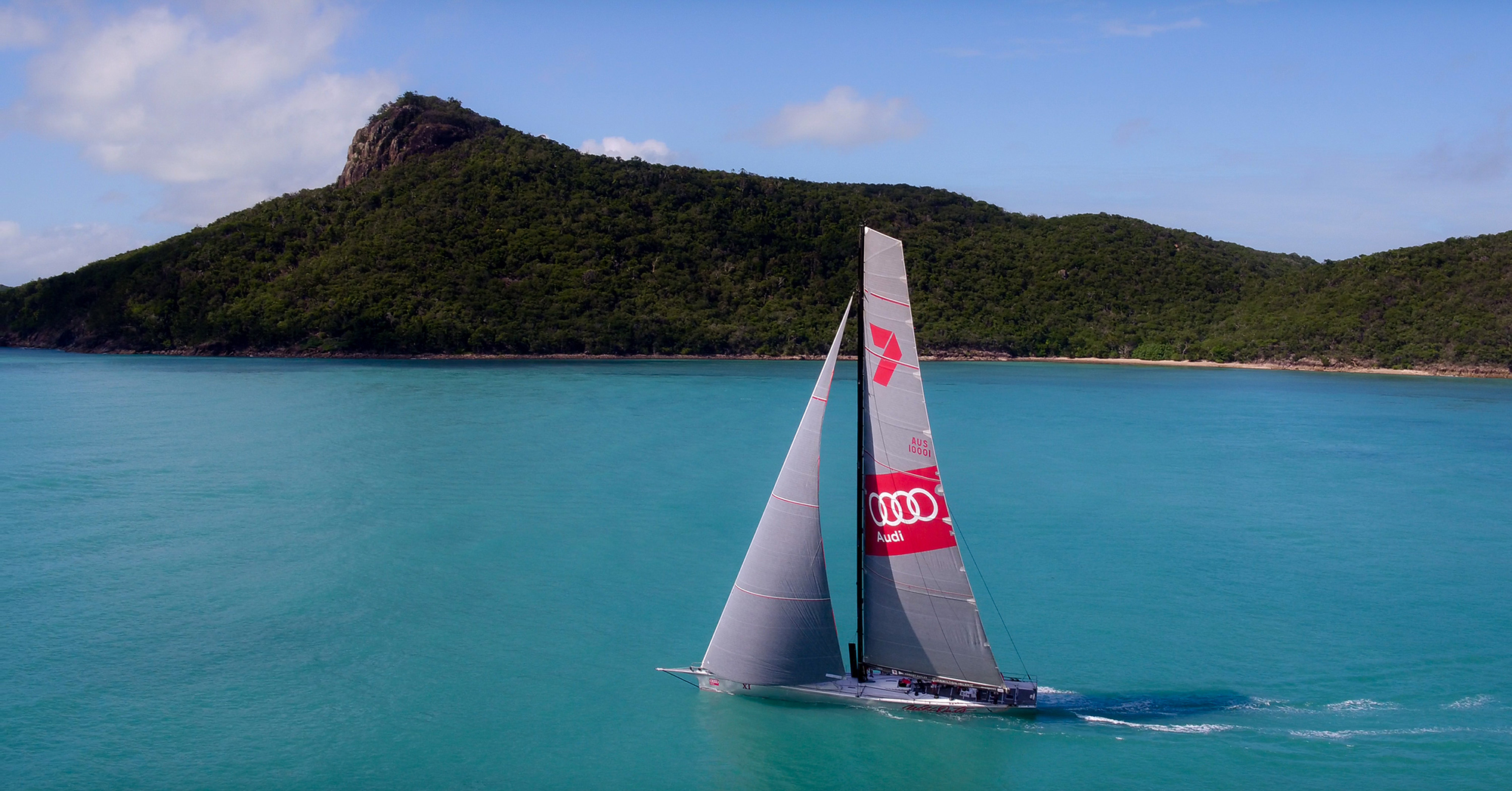 The most successful yacht in the 72-year history of the Rolex Sydney Hobart Yacht Race, the Oatley family’s supermaxi Wild Oats XI, has received another international accolade, this time from the world’s oldest “Royal” yacht club, the Royal Thames, in London.

A half-model of the 30-metre long silver-hulled yacht has become the latest addition to that club’s internationally acclaimed Model Room.

Royal Thames Yacht Club, which is located not far from Buckingham Palace and has as its Commodore, HRH Prince Andrew, Duke of York, was founded in 1775. The Model Room traces the evolution of international yacht design through the display of more than 250 half-models of hulls dating back to 1834, all to the same scale.

The honour of being included in the collection was bestowed on Wild Oats XI by the club’s highly qualified Model Room Committee. To be included a yacht must been seen to represent either a significant and successful change in direction for ocean racing yacht design, or be of a particular design that has achieved considerable success at the highest level of the sport.

Wild Oats XI signalled to the world in her very first foray into offshore racing, the 2005 Sydney to Hobart classic, that she could be recognised as a benchmark in yacht design. Launched just four weeks before the start of the 628-nautical mile event in late December, she led virtually from start to finish. When she crossed the finishing line off downtown Hobart to the delight of thousands of enthusiastic spectators, her name was written into the history books in impressive fashion.  Wild Oats XI had beaten her near-sistership, Alpha Romeo, into second place by many miles. But, most importantly, she became only the second yacht in the history of the classic to be first to finish, win on handicap, and to claim a race record time. The only other yacht to achieve that feat was Rani in the inaugural Sydney Hobart race in 1945.

Just two years before this outstanding result, the patriarch of the Oatley family, the late Bob Oatley AM, along with his son Sandy and skipper Mark Richards, introduced the canting keel concept to the upper echelon of ocean racing via this yacht. The canting keel, which swings from side to side like a giant pendulum, provides a far greater level of stability than a conventional fin keel. The performance benefit that comes from this concept was best explained by Australian yacht designer and America’s Cup sailor, Iain Murray: “It’s probably the largest single design element ever that has increased the speed of yachts by so much. It’s like sticking a giant V8 engine into a four-cylinder family sedan.”

Wild Oats XI’s subsequent and significant domination of the Sydney Hobart race since 2005 resulted in Royal Thames Yacht Club Model Room Committee Member, Malcolm McKeag, to comment:  “It occurred to me that Wild Oats XI’s Sydney Hobart record made her out as something very special and that we should have her in our collection. I’m pleased to say my fellow curators were unequivocally enthusiastic when I suggested that the yacht be included this year.”

The Wild Oats XI half-model, which is now on display on a wall in the Model Room, features all of the yacht’s many appendages – the canting keel, rudder, daggerboard, forward rudder and DSS hydrofoil wing.

Today, the yacht’s Hobart race record stands at eight line honours, including an unprecedented four consecutive wins. She has also won the race twice on corrected time and secured two fastest times for the course.

Wild Oats XI is currently undergoing final preparations for this year’s Hobart race – her 13th foray into the classic. Skipper Mark Richards and his highly skilled international crew have already put the yacht through its paces off Sydney. Also, the shore team responsible for maintaining the yacht in race-ready configuration, has checked every fitting and fixture to ensure the yacht is ready for her 13th Hobart race start on Boxing Day. One obvious change for this year’s race will be a new jet-black mainsail made from the latest space-age fabric. As well as the fabric having a smoother finish, it wll be 12 per cent lighter.

Wild Oats XI did not finish last year’s Hobart race due to the failure of the sophisticated mechanism controlling the canting keel. She was leading the fleet at the time. In recent months the entire system has been x-rayed, rebuilt and tested exhaustively to ensure the problem does not recur. 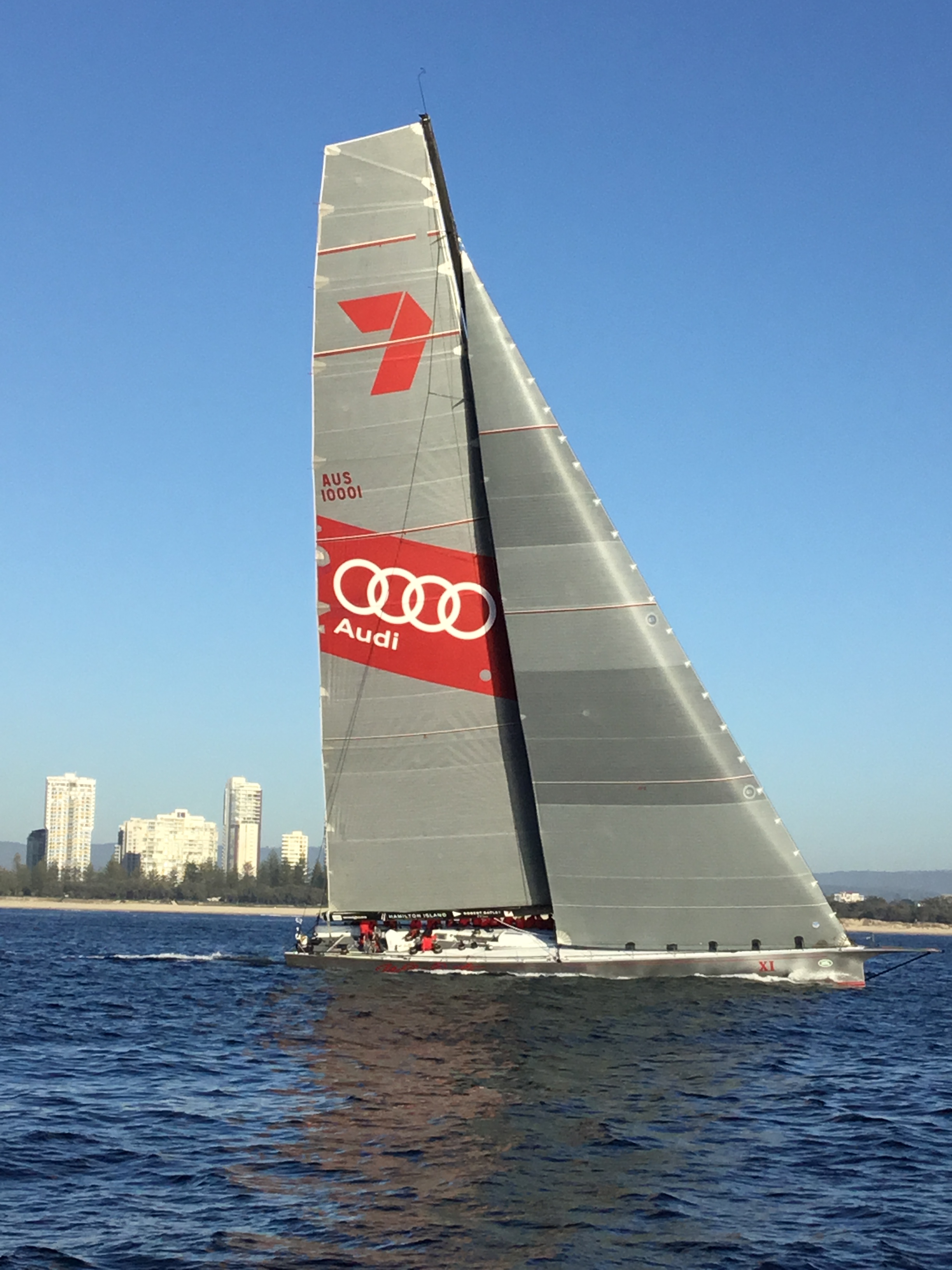