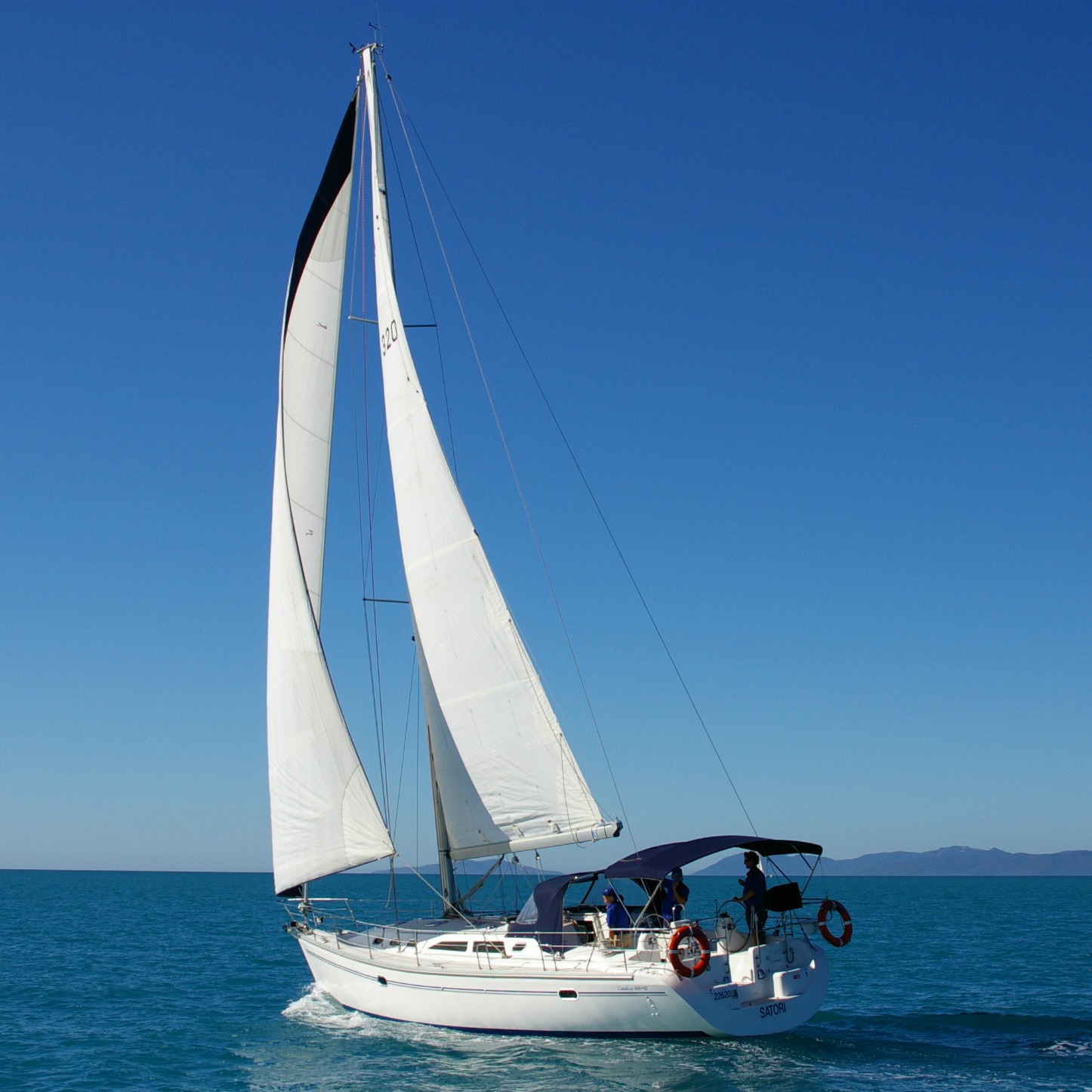 It’s a long way from Wellstead in the West Australian outback to Audi Hamilton Island Race Week, but that’s the life journey that has led to Roger Ellett’s Catalina 40, Satori, becoming the 100th entry for this year’s regatta.

Satori’s nomination has established remarkable milestones for Race Week: the fleet size is more than forty percent greater than for the same time in 2015, and has come at the fastest rate in the event’s 33-year history. If this trend continues the number of starters will exceed 200, and could be a record.

Ellett purchased Satori in the Whitsundays only three weeks ago. From that moment he set about securing a crew for Race Week from Esperance, in Western Australia, where he now lives. It was a simple task, so with that done he lodged the entry for what will be his first major regatta.

“Everything has just fallen into place since I saw Satori a few weeks ago and decided to buy her,” Ellett said. “I did the pre-purchase test sail out of Hamilton Island, and just being there convinced me we had to be back for Race Week. I thought the waters around Esperance were beautiful, but the waters and the islands of the Whitsundays are mind-boggling. I can only imagine how great it will be racing there in August.”

Ellett spent his childhood on a wheat and sheep farm in the tiny town of Wellstead, 400 kilometres by road from Esperance, at the western end of the Great Australian Bight. He knew nothing about sailing until he moved “into town” 25 years ago. Since then it has become a passion.

In recent years Ellett has been racing with friends aboard a Bavaria 42 out of Esperance Bay Yacht Club. Now, those same friends will join him aboard his new 40-footer for Race Week, which will be staged from August 20 to 27.

“Every yachtie in Esperance knows about Audi Hamilton Island Race Week, but no yacht has ever raced there under our club burgee,” Ellett said. “There will be ten of us travelling to the island, and a lot more than that at home following our progress. I have entered in the Non-spinnaker Cruising Division because I’ve been assured that’s where we’ll have the most fun.”

Exciting tradewind racing, exceptional dockside camaraderie among competitors, and an unprecedented party agenda across the entire week combine to make Audi Hamilton Island Race Week unlike any other local or international regatta.

The Notice of Race and entry form for Audi Hamilton Island Race Week 2016 are now posted on the website, www.audihamiltonislandraceweek.com.au The regatta – Australia’s largest offshore sailing series – caters for a remarkably wide range of sailboats: from sportboats and trailables through to Grand Prix level keelboats, maxi yachts, cruising yachts of all sizes and configuration, and multihulls.

Audi Australia returns as the naming right sponsor of Audi Hamilton Island Race Week for an incredible eleventh year. Throughout the past decade of partnership, Audi and Hamilton Island have worked hand-in-hand to create the most impressive sailing regatta in Australia, with even more activities on offer for sailors and onshore guests alike. This shared vision is based on a joint passion for winning performance, technological innovation and spirited competition.