By wildoats December 27, 2018 Uncategorised No Comments
0 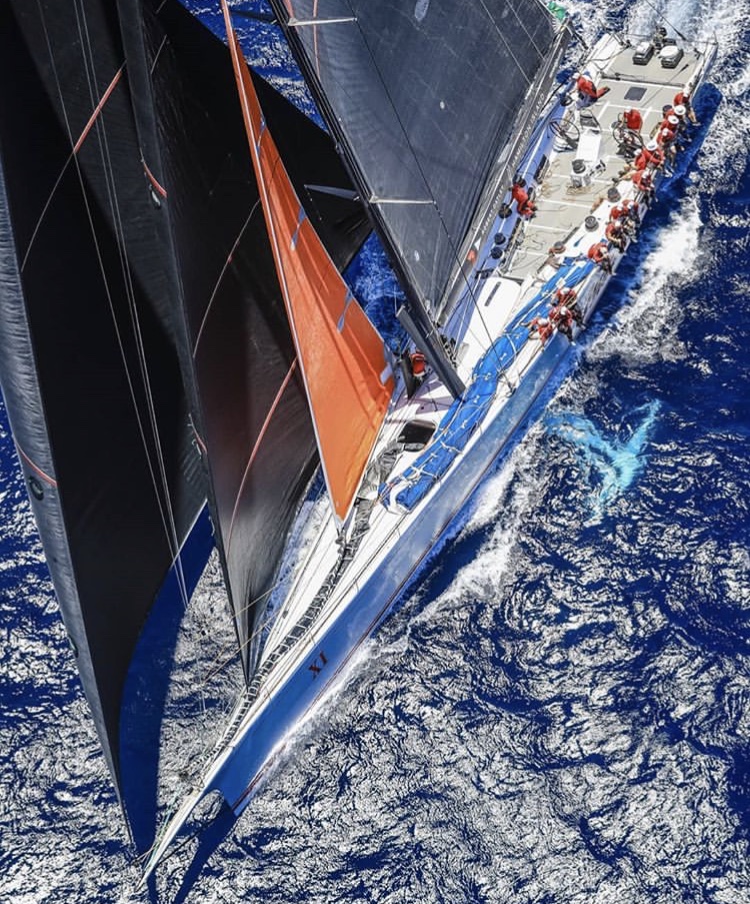 Mark Richards, the skipper of the supermaxi Wild Oats XI in the Rolex Sydney to Hobart yacht race, was despondent but not depressed late today after a tactical change of course was impacted by an unexpected change in wind direction, which in turn led to the yacht losing distance on its three line honours rivals.

“It is still anyone’s race as there are more than 250 nautical miles to go, “ Richards said. “But it is very much a guessing game when it comes to trying to decipher what is going to happen in these light conditions over the next 12 to 24 hours. There is every chance that the race for being first to Hobart will go down to the wire and not be decided until the last few miles.”

Wild Oats XI, and its three arch rivals competing for line honours – Comanche (Jim Cooney and Samantha Grant), Blackjack (Peter Harburg) and Infotrack (Christian Beck),were all within sight of each other this afternoon as they exited Bass Strait and closed on the north-east coast of Tasmania in light conditions.

“There is no certainty out here when it comes to the weather,” Richards said. “After putting in a great effort overnight we found ourselves on the wrong side of a big wind shift this afternoon and lost around five miles to the other big boats. We are getting back into the action now but it is tough going.”

Yachting meteorologist Roger Badham said this afternoon that while the leaders in the 85 yacht fleet should experience a strengthening north-westerly wind during the night, the crews could not expect any uniformity in the wind pattern during the early morning tomorrow.

“The leaders could be at Tasman Island – 44 nautical miles from the finish – in the early hours tomorrow,” Badham said. “But then there could be little to no wind on Storm Bay and the Derwent River, which means the race for line honours could start all over again during that final stretch.”

At 5pm today all crews competing in the race paid tribute to the six sailors who lost their lives 20 years ago in the tragic 1998 Sydney Hobart race. Race veteran, David Kellett, who is coordinator aboard the radio relay vessel this year, read the following message:

Twenty years ago this afternoon, the Sydney Hobart yacht race was embroiled in a severe storm which decimated the fleet and, ultimately, claimed the lives of six sailors. Hugo van Kretschmar, the Commodore of the Cruising Yacht Club of Australia at the time, read the following at the Hobart dockside memorial service following the race: “Mike Bannister, John Dean, Jim Lawler, Glyn Charles, Bruce Guy, Phil Skeggs. May the everlasting voyage you have now embarked on be blessed calm seas and gentle breezes. May you never have to reef or change a headsail in the night. May your bunk be always warm and dry.